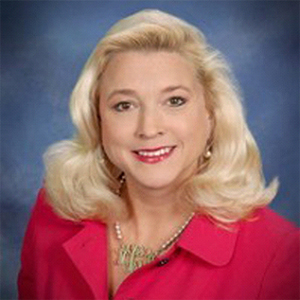 Marty’s 20+ year career has been focused on making a difference in the community. At First Union Corporation, she helped develop the company’s philanthropy program, “Education First,” and grew the program from 5,000 to 22,000 employee volunteers in four years. Marty helped implement the nation’s largest corporate literacy event, “Reading First,” led by Colin Powell and winner of the Points of Light Award for Community Involvement from President Clinton. After the bank, Marty joined Goodrich Corporation as their Manager, Corporate Affairs.

She helped spearhead the $3.5 million capital campaign to build Junior Achievement’s “JA Biztown,” which she eventually left to lead and develop. Marty later joined Piedmont Natural Gas as a community and government relations manager, and is currently a Project Manager in Community Relations for Campbell Snacks.

Marty earned a B.S. in Business Administration at the College of Charleston in South Carolina. She has served on numerous nonprofit boards, including the Harris YMCA, the YWCA, Artpop Street Gallery, The Mint Museum, Women Executives, and chaired the Better Business Bureau’s Foundation Board of Directors. A registered Republican since she turned 18, Marty has been active in political campaigns since 2002, and served as event chair for six years for the Meck GOP before becoming a lobbyist.