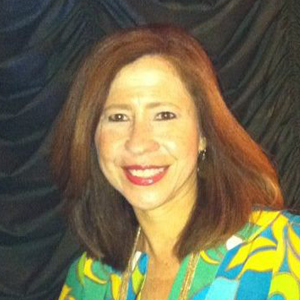 Committee Chair Hispanic Outreach
Originally from Managua, Nicaragua, Maria Elena Conaway immigrated to the United
States when she was seventeen years old to attend college. Maria Elena graduated
from Sacred Heart College with a B. S. in Biology (Cum Laude) and a B. A. in
Chemistry and Medical Technology (American Society of Clinical Pathology) from
The University of North Carolina at Charlotte and later she earned a Masters in
Business Administration from The University of North Carolina at Charlotte.
Maria Elena has lived in Charlotte since 1980 and has extensive professional and
volunteer involvement in Charlotte. She worked at Novant Health, formerly
Presbyterian Hospital, in the Microbiology department and then for Mecklenburg
Obgyn and Bradford Clinic.
She also volunteered at her children’s school and at Myers Park Presbyterian Church
where she is a member. Additionally, She served on the parental executive board
at her children’s school, Charlotte Country Day. Furthermore following her passion
for caring and friendship for others she became a Girl Scout leader for twelve years
and assisted various underprivileged populations in the Charlotte area. She has
volunteered for the Republican Party since 2007 helping with the campaigns of
local, state and National candidates.
Maria Elena still lives in Charlotte with her husband, and she is the proud mother of
two children. She is currently retired and she enjoys playing competitive tennis,
traveling, being part of social organizations and taking care of her two dogs.
Scroll to Top